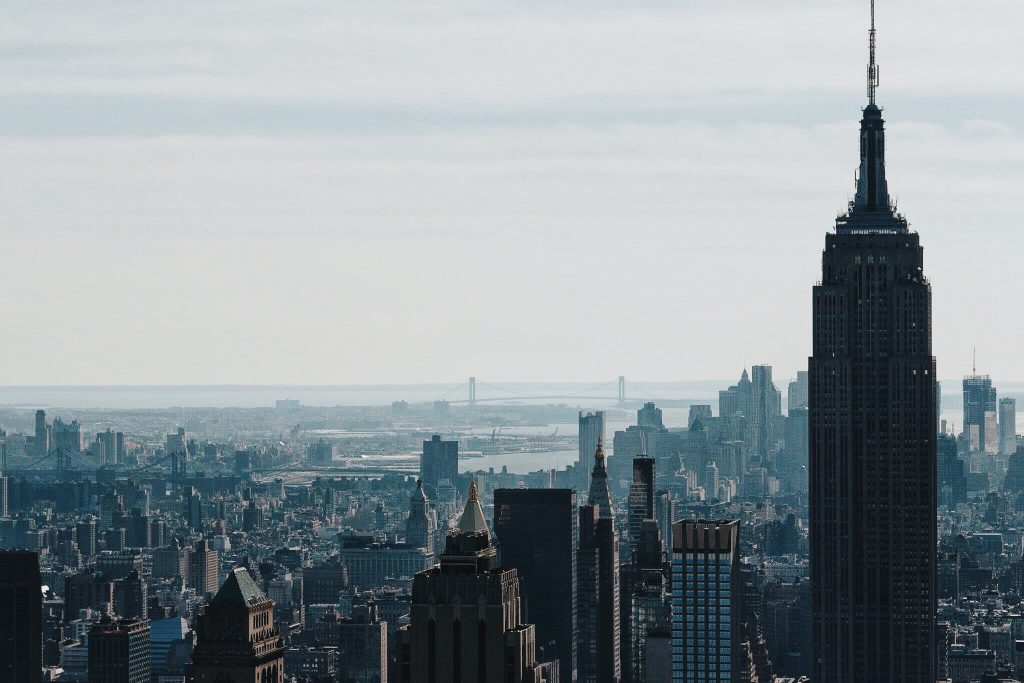 After 42.2 kilometres and over half a year of preparation we made it! The New York Marathon. With „we“ I mean the whole Paco Rabanne Parfums RunInvictus team. With people from six different countries we had the goal to not just run a marathon, but to surpass ourselves and run the streets of New York City for a good cause, namely for Team for Kids. 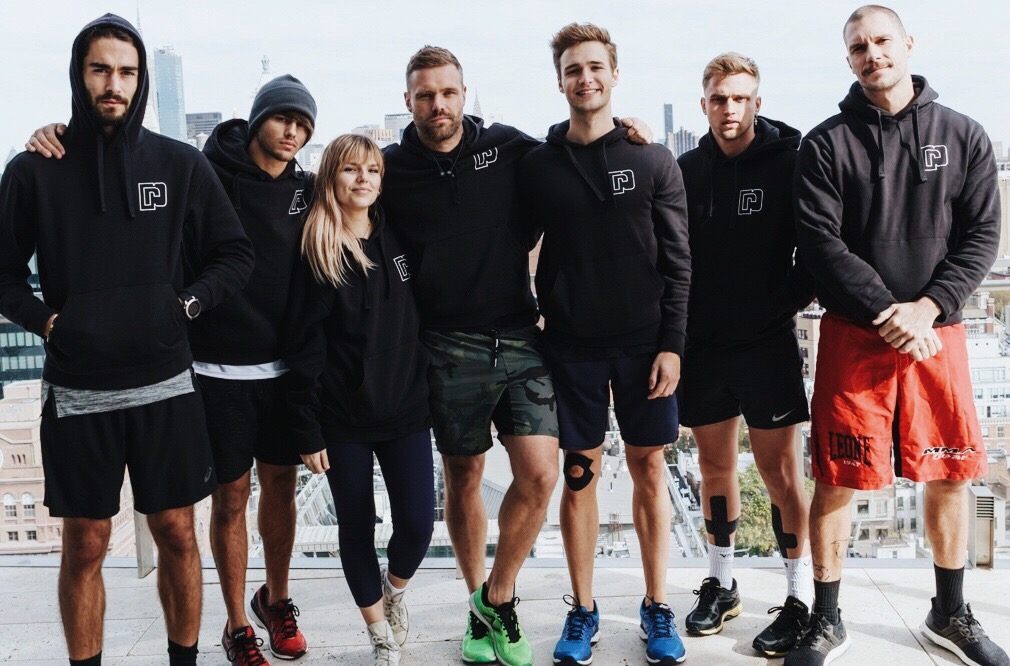 26.1 miles that claimed everything from me. One of the toughest, most wonderful, and emotional challenges I had in my life so far. A one year journey with a team, I couldn’t imagine to be better. I am a team player. Therefore it was really important to have people by your side that you can share your most precious moments with. Not just one, but many! Together with Nick, Nicolas, Carl, Elbio and Sergio and at the last stage of our journey also Mathieu I had great personalities to go on this very special journey with. 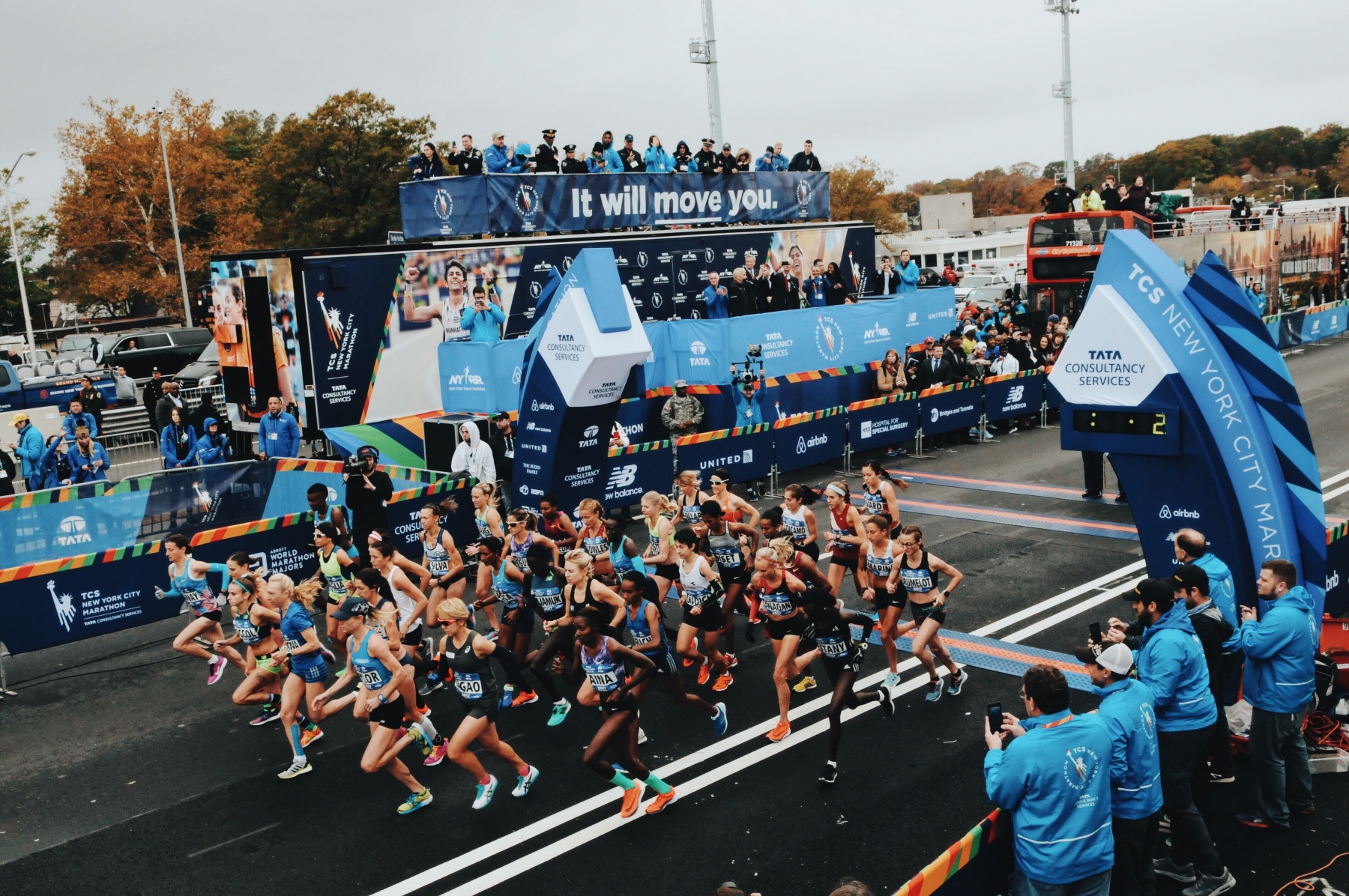 I came to New York City already two days earlier to prepare myself a little bit for the marathon and to meet old friends. A good way to get familiar with the city again and create confidence again. Hours of strolling through Manhattan in the sun. A crazy hot and sunny day where I had a few hours to do what I love and spent some more time with street photography. That really calmed me down and let me forget anything else. To get rid of the tension caused by the forthcoming race day.

Actually I was not the nervous the weeks before the marathon. But two days before made me realise how close it was. All the time we put into this project. It became real from one day to the next. 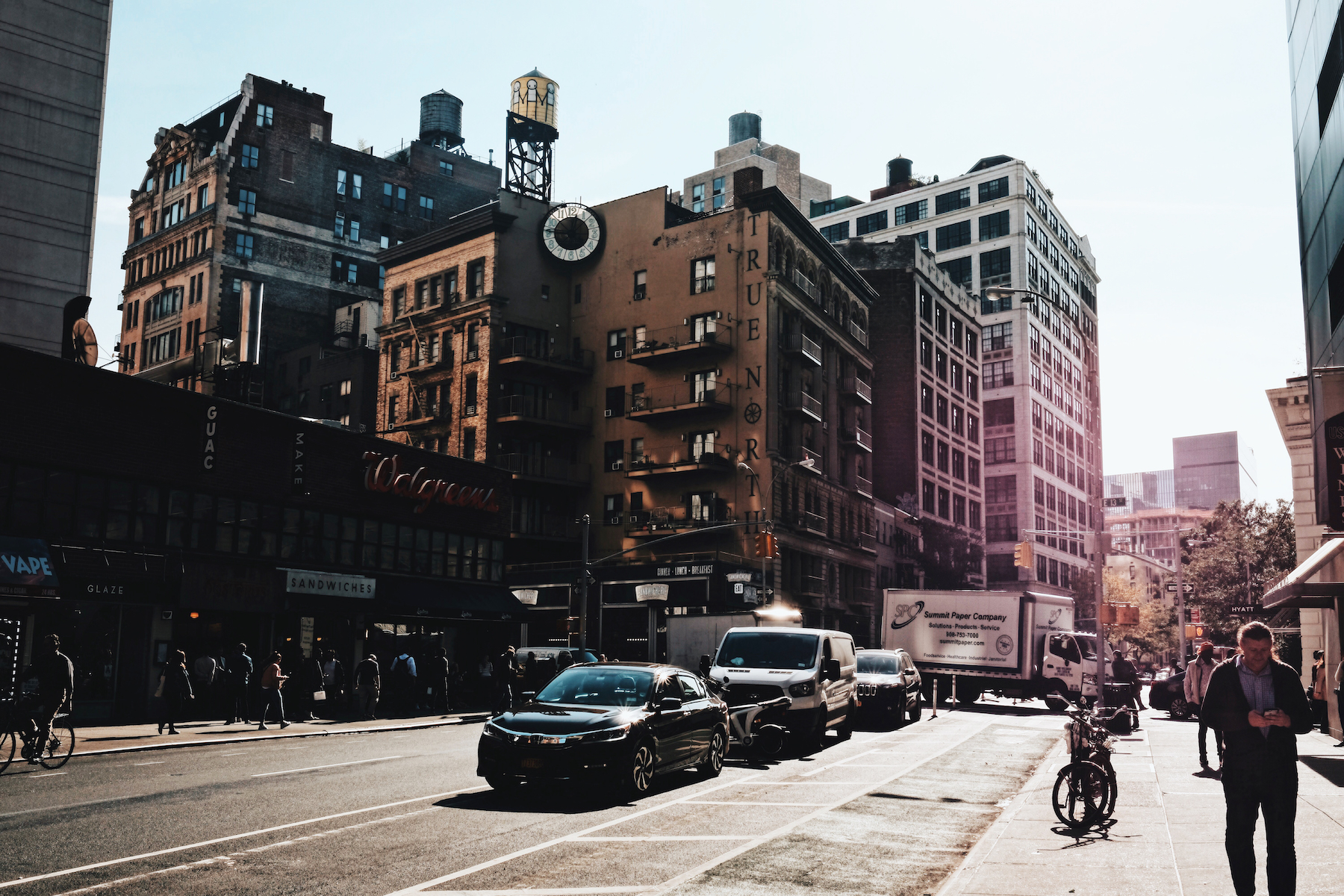 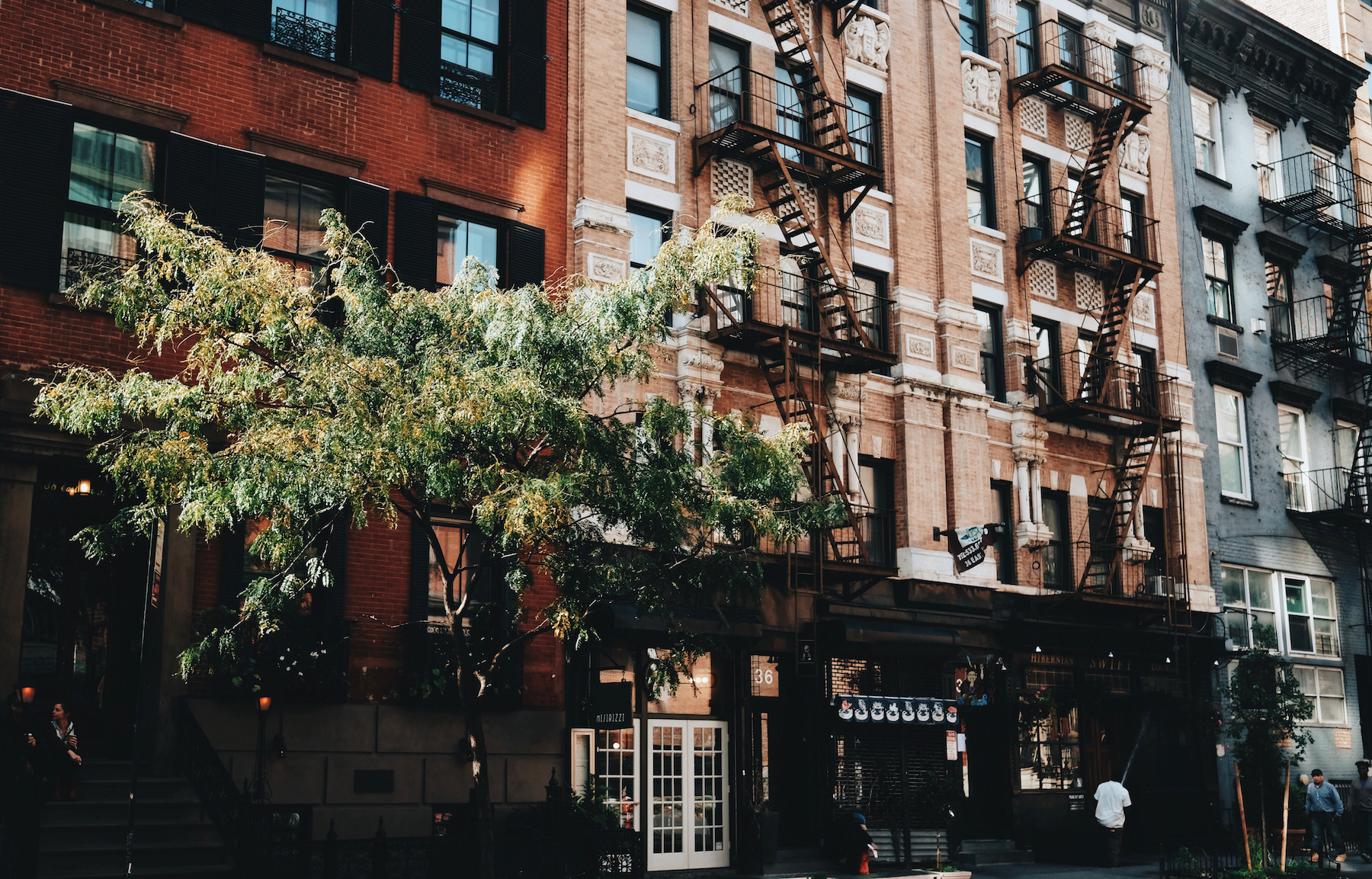 05.11.2017 started quite early. We had to get up at 5.00 am to catch the team-bus to Staten Island at 5.30 a.m. We made it all in time. Still a little tired but ready to start this crazy challenge. Everyone of us was focused but there was one problem. There were almost five hours to the final start. To handle 70.000 people, to organise everything properly and to get the people where they need to be takes some organisation skills and time. But the NYCRR did great! Even if we waited for some hours which made us just more nervous. Five hours to drink a lot of coffee and water. To stretch, to warm-up. To fuel up yourself, prepare your snacks, like gels, salt pills and whatever you want to take with you.

Everybody was well prepared with all the extras. A lot of people asked me on what I take with me on the marathon. What I took with me was simply my iPhone, not to track, but for my music only, my bluetooth headphones and a few power gels. That was it! 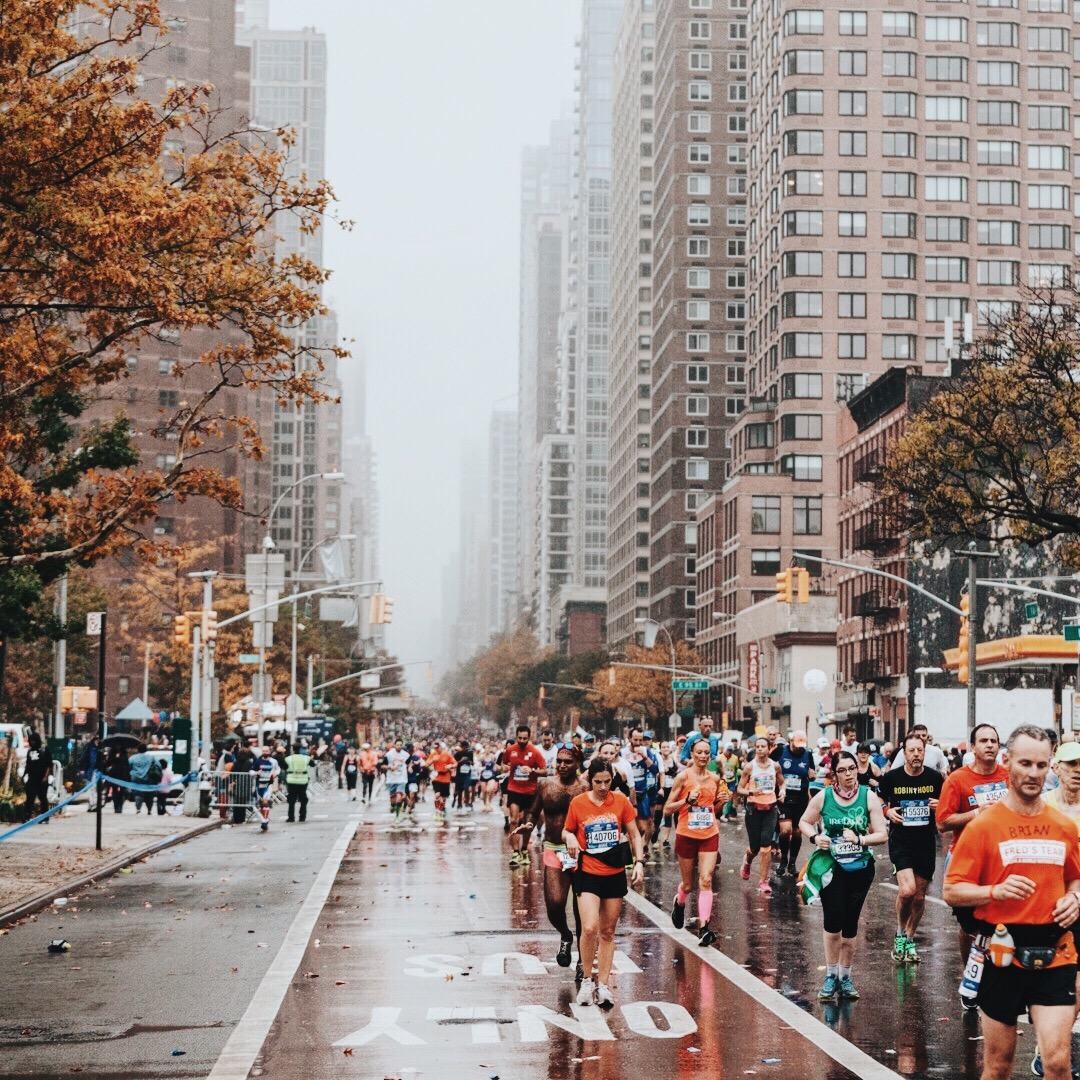 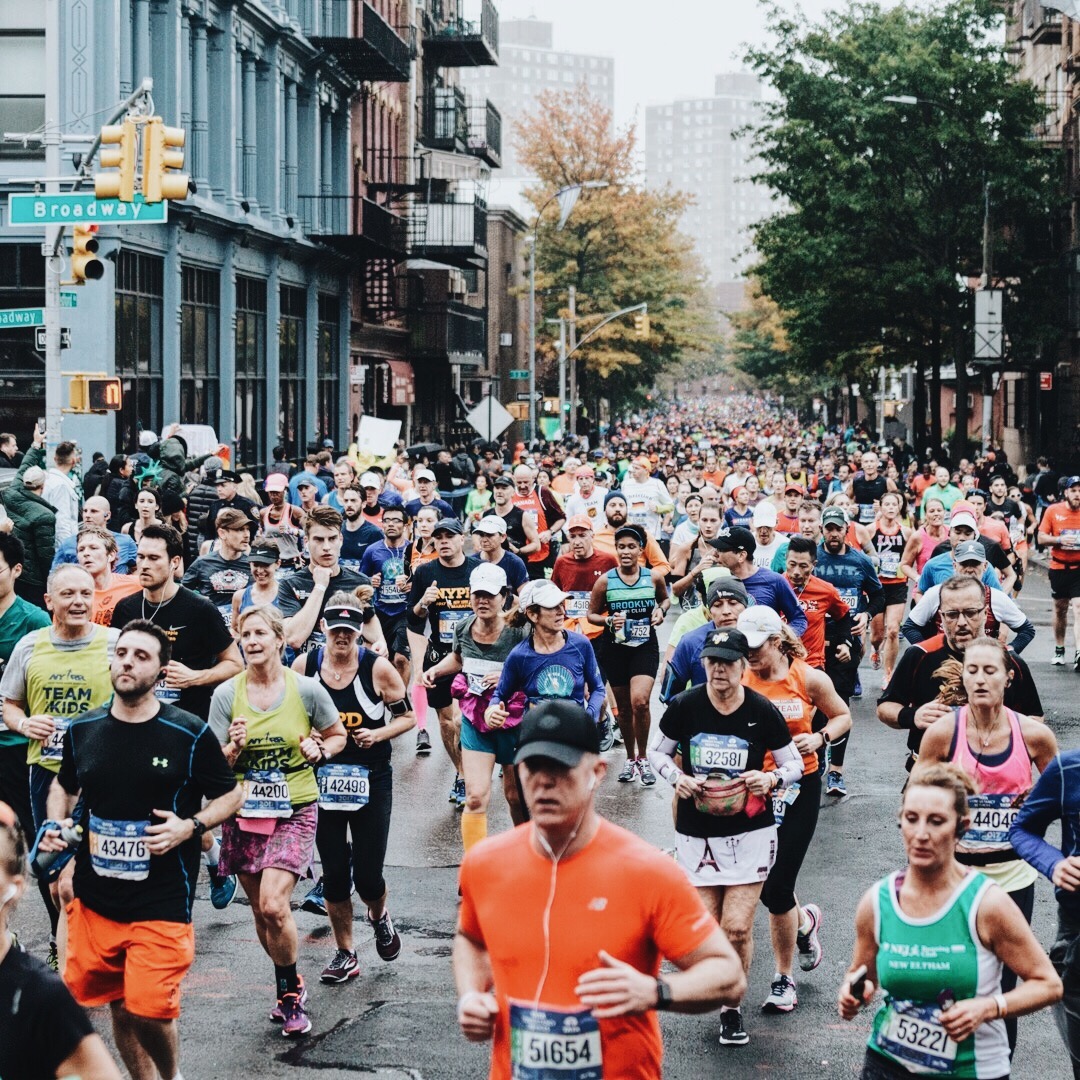 To have a conversation while you run makes the time fly by. I used my headphones during the marathon only when I was on my own. On course section where almost no people where. Actually the people that cheer you up at the NYC marathon were even more motivating the my well prepared playlist. When you run the final 8 miles through Manhattan and random people shouting your name and cheering you up… thats just an awesome feeling. Almost two million where watching on the race track. You can not imagine how it is, till you participate yourself. I’ve been to New York City last year as you guys know. To cheer for my buddy Nick Youngquest and get a feeling for the marathon. But its so different when you are on the race track yourself.

Enough about what was going on around the marathon. So our team started all together in the fourth wave of runners. A cloudy, rainy and stormy day. But the atmosphere was just amazing. People were singing the national anthem, motivating each other.  It was about time when the fourth cannon beat rang out. The race began at the Western end of Verrazano-Narrows Bridge on Staten Island. Our group split quite fast. That was predictable. There are always runners with a different pace. I tried to stick to the pace of Nicolas and Nick. So we where running together for the first 10 miles. Quickly we realised that we where way to fast. A 5:35 pace per kilometre. It is recommended always to start with a slower pace rather than over-pacing.

The mood overwhelmed me and made me do exactly this mistake. After mile 11 I realised that I had to slow down. That was the first time where I was on my own. I went for my own pace and realised that it was exactly what I should have done from the beginning on. Now I had to deal with that and needed to ration the energy that was left. After mile 15 it got even worse. I got leg cramps all the time and could not run properly anymore. I tried to fuel myself with salt water, which helped me a little but did not prevent me from getting more and more cramps. I tried to find a way to deal with it. Every half a mile I drank a lot of saltwater to get rid of the cramps. It worked out. No sooner this problem was solved somehow than another appeared. I had a lot of problems with my knee more precise with my patella. For this reason I really took care of it in advance, during my last four weeks of training. I taped it with kinesis tape to put some strain off the knee. Unfortunately the kinesis tape peeled itself off after that mile. That made my patella feel worse and worse. I was in a great deal of pain… 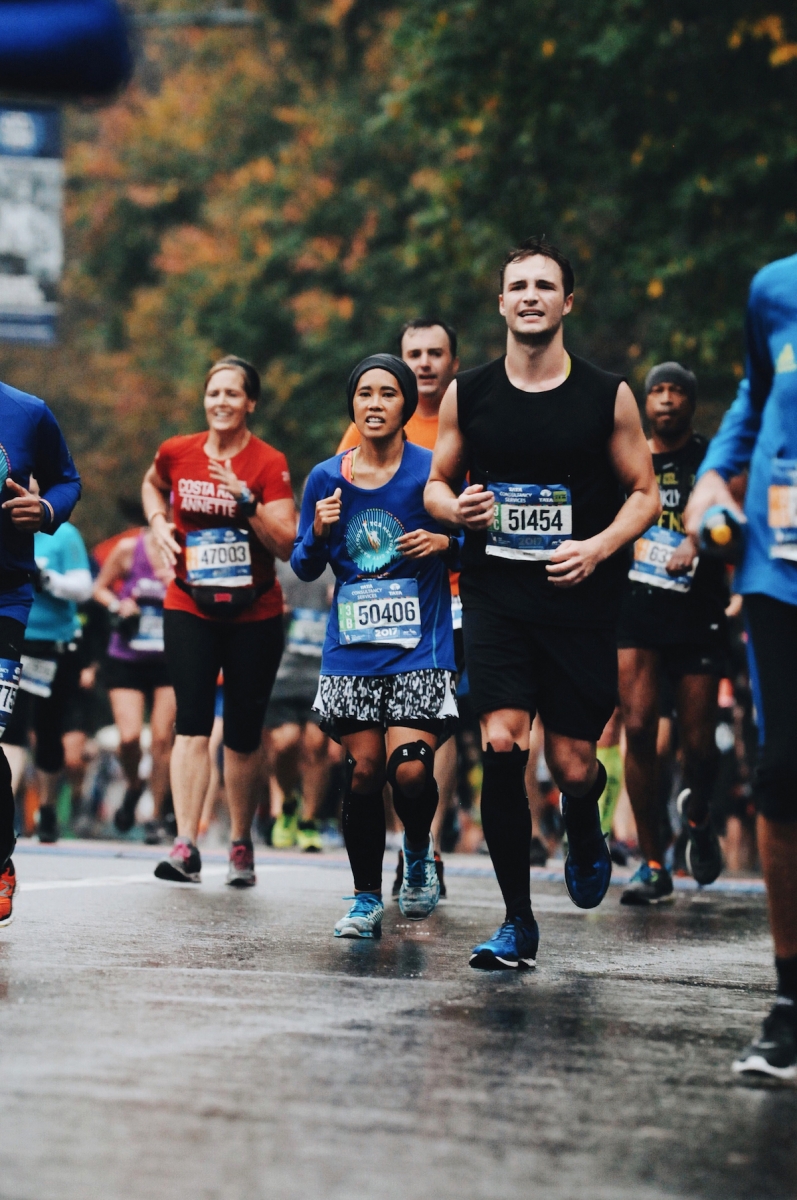 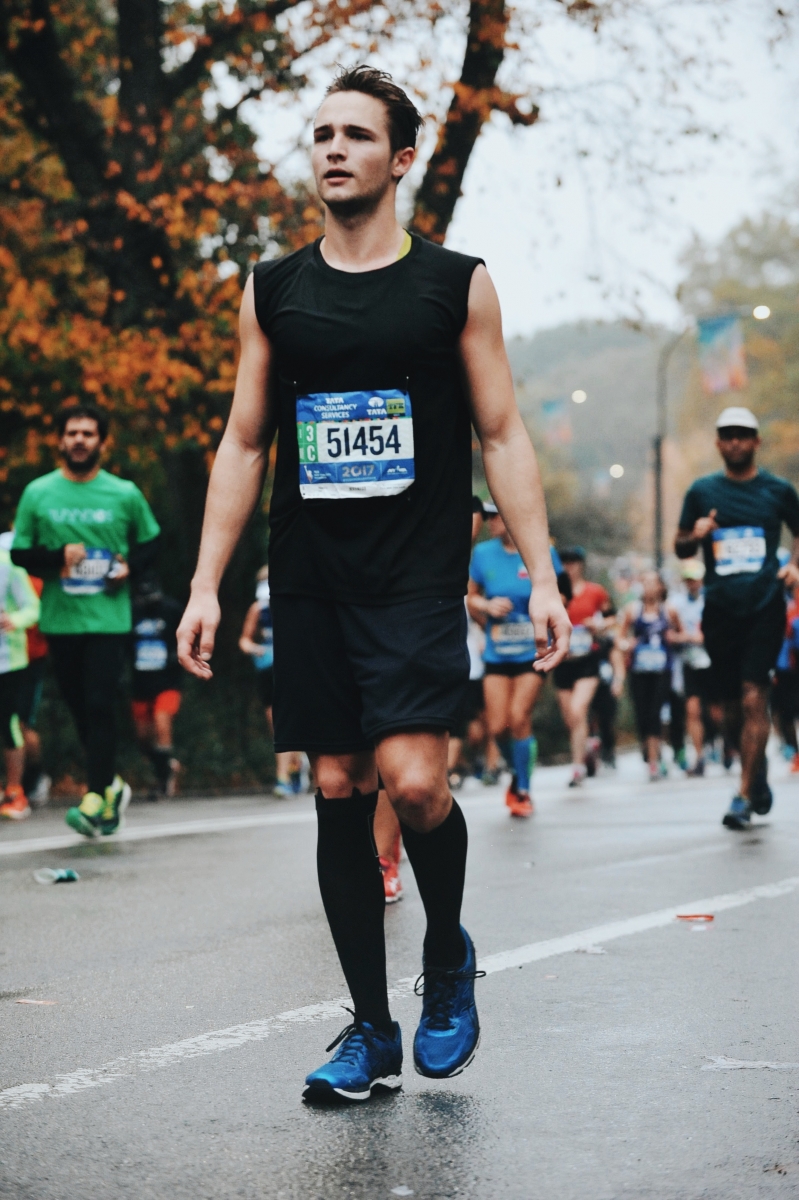 The most important thing when you run a marathon is your mindset. Thats what all the advanced runners say. And it’s true! Always focus on what you aim at. For some it is a certain time to run a marathon. With my issues it was to finish the marathon in a proper way. I prepared myself for this challenge and it was part of my bucket list for so long.  It’s not about how trained you are, how advanced (not all the time), but whats going on in your head. It’s about how you deal with a though situation like that. Nothing that couldn’t be solved. So many thoughts come to your mind and make you think about a thousand different things. Stay focused and say to yourself why you run the marathon. For whom? For yourself, for someone special, for a good cause, for what certain reason? I had this question in my head all the time and told myself the answer for a thousand times. It helped my to surpass myself. I saw people who laughed, who cried, who suffered but all of these people fought. That was really inspiring to me. 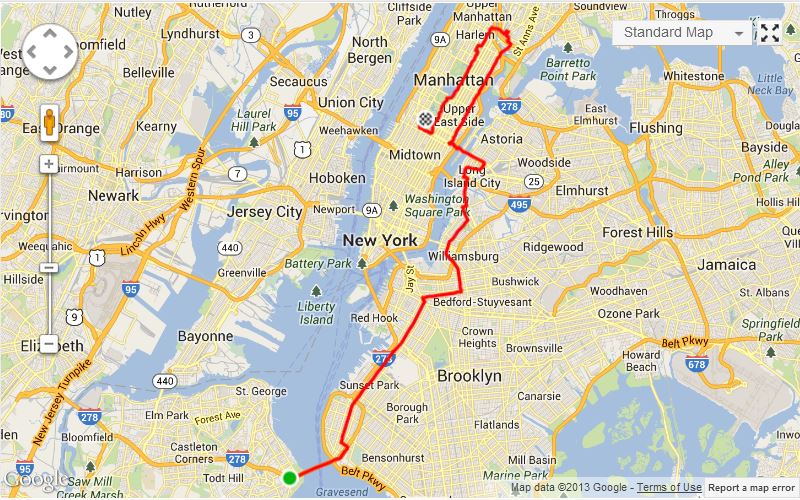 Throughout the marathon we made our way from Staten Island to Brooklyn. From Brooklyn to Queens. From Queens to the Bronx and then to our final stage Manhattan. Five districts which couldn’t be more different. In terms of the people, the vibes, the way the people cheered you up, nearly everything was different from district to district. How people welcomed you always made me smile like a hundred times throughout the course.The feeling when you run into Manhattan, where 200.000 people cheer you up. I had goosebumps! 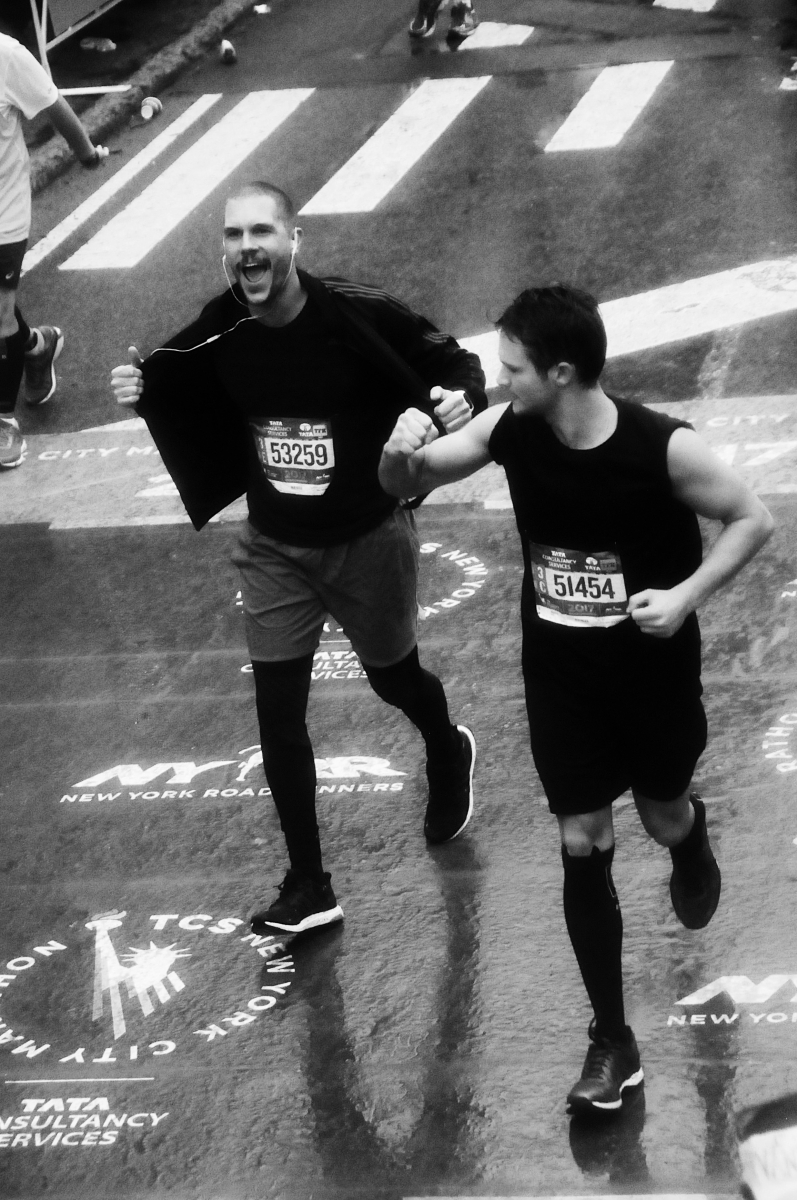 At the final stage of the race I met my team mate Elbio again. We both been on the rocks. Drawn by 25 miles. We decided to run these last 1.1 miles together. Elbio and I pushed each other to the limit. When we reached the final turn of the course at central park, we knew that we’re almost there. Elbio started to shout due to all the feelings of happiness. I was not able to shout. I had no energy left. I was concentrated on the rain. The rain drops I felt on my face. The voices of all the people that shouted your name. It made me feel complete. 4:42h from the starting signal, Elbio and I reached the finish line.I am so grateful that Paco Rabanne Parfums gave me the chance to be part of such an amazing campaign! I want to thank all of my team mates that went on this journey together with me. We suffered, fought and won together. What I take along from this journey is not just the adventure but friends for life. Like the famous Christopher McCandless once said : „Happiness is only real when shared.“ 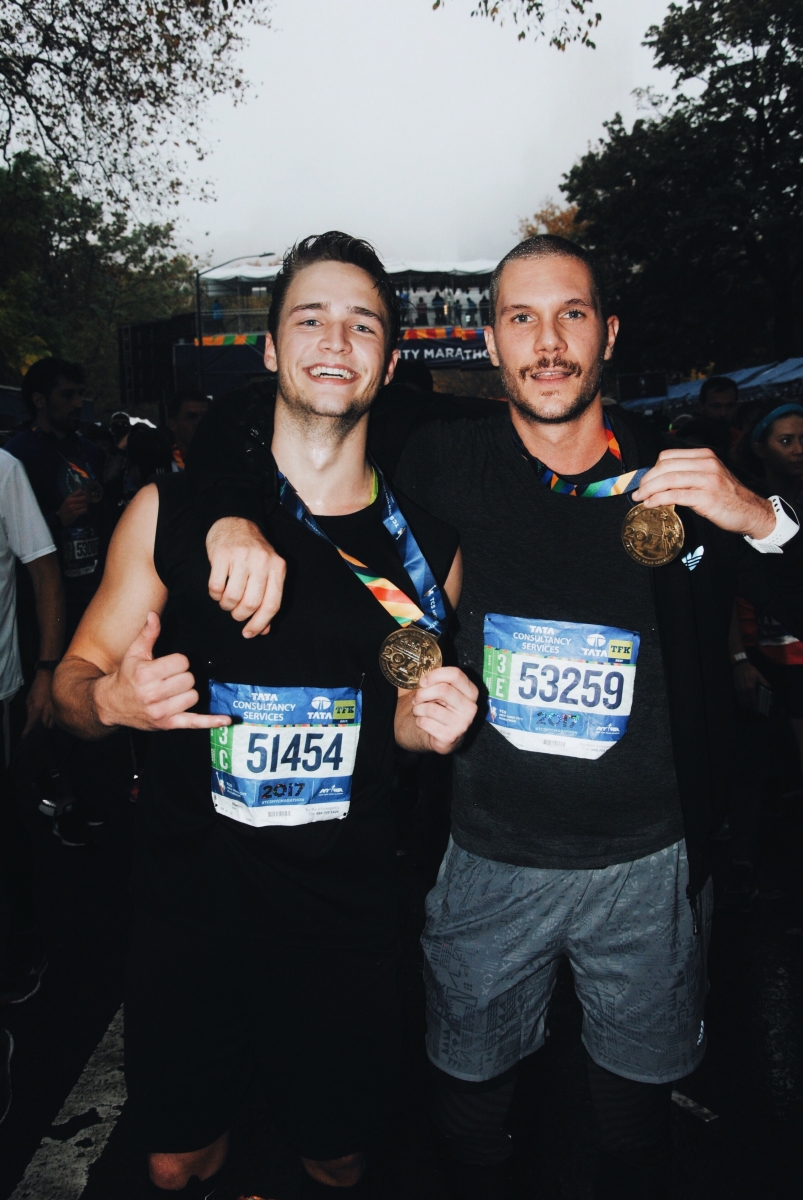