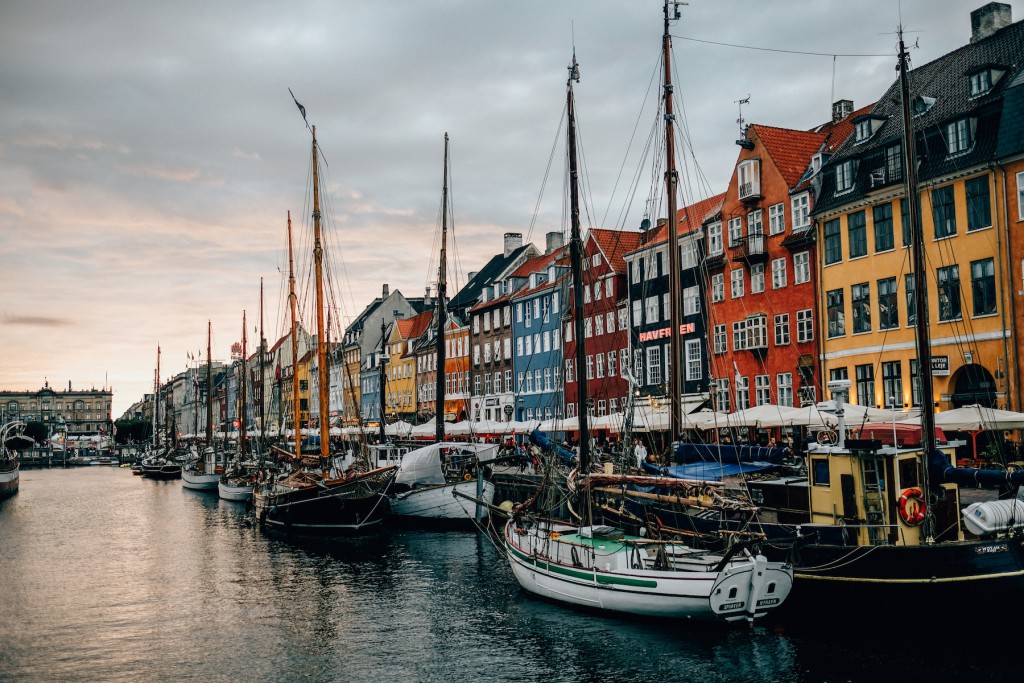 So now its time for the second part of the Scandinavia photo series. Today it is all about Copenhagen, where we spent a view days during our first week in Scandinavia. We explored some tourstic sights as well as some peculiar places.

Copenhagen, a city worth living. Up next was “Papiroen” which is a street food hall located on Copenhagens Paper Island. It is a paradise for people who want to discover new dishes from all around the world. Delicacies that will made your mouth watering. Just bring some time to try some dishes out. It takes you about 15 minutes at the most popular food stands.
You can pay there with cash as well as by card, which is really a perk for tourists. A dish is about 8 – 12 Euros but definitely worth trying! So we tried a Moroccan curry chicken bread with rucola salad, hummus and sour cream which was amazing! So we took a stroll to Copenhagens opera house and back to the city center. And on our way to Dronning Louises Bro, one of the nicest bridges directly located in the city centre right next to the beautiful pond called Sortedams Sø, where we watched a breathtaking sundown. Day two was mostly about shopping and some sightseeing as well. From our visits at Norse, WoodWood and Samsoe&Samsoe to having a look at the little mermaid , which isn’t as spectacular nor beautiful as it is always described in the city guides. Consequently we got hungry after walking the city for some hours and got ourselves a pizza at PIZZA HUSET. Looks quite unspectacular huu? But it isn’t!
Everyone of us ordered a pizza with salami and a drink, for just 10 Euros! It is an amazing takeaway alternative to all those expensive restaurants located in the city centre. In the afternoon we enjoyed another great coffee place called Cafe Det Elektriske Hjorne. After that we made our way to enjoy the last around coming sundown in Copenhagen at a more touristic but very beautiful place… the Copenhagen harbor.